Al-Qaeda and Their Sympathizers

Need to get deported or shot!

Now we have sympathizers for Al-Qaeda!

Oye vay what the hell is next!!!

Besides that stupid propaganda today in 10 major cities!!!

Let’s just give Al-Qaeda more information about how things are handled here!

Terror Alert on The Left Side

(Have it your way YOUTUBE! I will get it out there without your help!!!)

Another Terror alert!
Posted by dcat at 6:30 AM No comments:

Sending in The New Troops 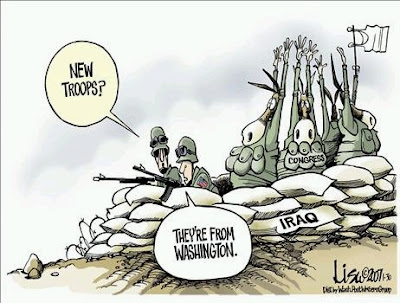 Hat tip to Mike H. for finding this picture.


Then I'lbet the same Anti War Mongrals Had something to do with our "Global Warming Hysteria"!


Hat tip to bg for this link: Man Made Global Warming
Posted by dcat at 4:13 PM 2 comments:

The anti war mongrels are only showing that they don’t support this country! Plain and simply put! They want us to lose! Middle fiinger extented to the terrorists supporter moonbat!

I’m glad they didn’t ruin my skiing yesterday! In fact I am glad that they pulled some of the loons from the slopes and into Seattle!
Posted by dcat at 9:26 PM 1 comment:

Lores Rizkalla has the scoop.
Posted by dcat at 8:22 PM No comments:

AP Journalism Getting Some Lately

Looks like the left wing nut airheads are at it again!

They can’t stand strong conservative women. I mean common! The jabs made to Condi and now this! This back ass caveman attitude won’t fly with real women or real men! AP is cheap and unable to do any real Journalism!

The male counterparts in this tabloid must be all sex starved for a life like Saudi has!

I say: “They can all go live there and get the hell out of my country!”

Just think of it people! It’s a common place of entertainment for all the disregarded males by “real women”. That would be the AP’s journalist’s playground.

Try and keep up with real issues AP if you can! If you can’t just keep on taking that Viagra and keep on interviewing those cheap floozies! I sure as hell won’t read it! 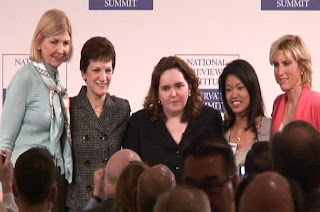 To All Hanging Criminals

May I suggest you going on a diet before your hanging!

The protested separation of head from the body upset a few liberals here in the West. Go figure? After all you are nothing but a THUG! You didn’t even bat an eye taking some of your victims out. Why someone would care about you is beyond reason.

Please for the few and I mean very few put yourself on a diet before you hang!
Posted by dcat at 8:30 PM 4 comments:

It was in bad taste there Barbara!


Now if Islam wants to point fingers at emotion “hormones” I believe it is the left that are with the issues “hormones” they talk about in their religion! Maybe that is why the left embrace the Islamic thugs points of view!
Posted by dcat at 5:59 PM No comments:

That is what the liberals are saying and defending the just killing of a thug!

By ASSWIPE Islam! (Anwar is the stupid one here folks!)

Islam thinks that hormones make me lower then a man eh!?

Hey ISLAM F#@! YOU! AND THAT CAMEL YOU CAME IN ON!!! You back ass society!!! I have had just about enough of your bullshit!

I will never give in or give up! How do you like my hormones now bub?! I don’t need no stinking PHD to be smarter then you! I already am!

Now I think the speech the other day was Easy on words. It’s because George didn’t want to upset the liberals again!

You have to speak in a monotone voice so not to upset all the sleeping loons of thought. After all this is how the liberal professors talk in Collage classes while trying to manipulate the student body. “And might I add it didn’t work with me!”

Some minds are so sensitive and are not able to grasp at reason unless it is brought to them in a soothing way masked with big words. George didn’t use the big words because he never cares to candy coat what he has to say to the public. I agree with him! If you can’t get it in a few words or less then you need serious help! Let’s hope they all wake up soon to, reality!
Posted by dcat at 10:41 AM 4 comments:

Oh Are We Terrorizing Terrorists? Oh So Sorry! NOT!!!

So are like the liberals going to yell about this one too?! We are being big bad bullies yada, yada, yada… Oh and isn’t it just awful how we had Saddam hung!?

While you read that first post on Terrorizing Terrorists you can go to related links. I just love this title saying Jihad jerks flee Somalia Capital.
Posted by dcat at 8:44 PM 2 comments:

The President is Going Strong!


Yeah! He is going strong and sending in more troops to finish the job!

Take that you terrorist supporters you!

We owe it to our brave men and women that fight every day for our freedom! Everyone should click on this link above and view it! 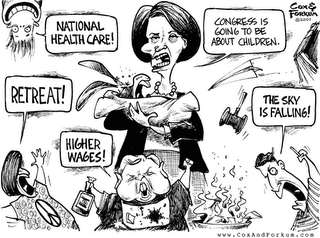 Yeah right! For the children?! Huh!

In my book if you don’t like animals or think they are dirty. You are shit to me! I don’t have to like you or put up with you either! Frankly I would get a rental car before I would ride with you anyway! YEAH CAN’T F#@!ing DRIVE!!! AND TAKE A BATH ONCE IN A WHILE!!! I HEARD FROM OTHERS THAT YA ALL SMELL REALLY BAD!

Officials on Wednesday asked the Metropolitan Airport Commission for permission to hold public hearings on a proposal that would suspend the airport licenses of cab drivers who refuse service for reasons other than safety concerns. The penalties would also apply to drivers who refuse a fare because a trip is too short.

Drivers would have their airport licenses suspended 30 days for the first offense and revoked for two years after the second offense, according to the proposal.

Airports Commissioner Bert McKasy said the issue raised by Muslim cab drivers who say that carrying alcohol or dogs, including those that help people with disabilities, violates religious beliefs is "unfortunate."

Each month, about 100 people are denied cab service at the airport. Airport officials say that in recent months, the problem of service refusals for religious reasons has grown. About three-quarters of the 900 taxi drivers at the airport are Somali, many of them Muslim.

Hogan said the goal is to have a new policy in place by May 11, when airport taxi licenses come up for annual renewal.

"We want the drivers to know about the policy in advance, so that if they don't think they can work under these conditions, they have the option of not renewing their license," Hogan said.

Last year, the airports commission received a fatwa, or religious edict, from the Minnesota chapter of the Muslim American Society. The fatwa said "Islamic jurisprudence" prohibits taxi drivers from carrying passengers with alcohol, "because it involves cooperating in sin according to Islam."

Eva Buzek, a flight attendant and Minneapolis resident, said she was recently refused service by five taxi drivers when she was carrying wine as she returned from a trip to France.

"In my book, when you choose to come to a different country, you make some choices," said Buzek, a native of Poland. "I never expected everything to be the same way as in my homeland, and I adjusted. I never dreamed of imposing my beliefs on somebody else."

But Hassan Mohamud, imam at Al-Taqwa Mosque of St. Paul and director of the Islamic Law Institute at the Muslim American Society of Minnesota, one of the largest Islamic organizations in the state, said asking Muslims to transport alcohol "is a violation of their faith. Muslims do not consume, carry, sell or buy alcohol, and Islam also considers the saliva of dogs to be unclean, he said.
Posted by dcat at 12:23 PM 8 comments:

A Pat Robertson Prediction oh I think I mean Production...

I call this a false profit wanna be!

Now didn’t the bible say that there will be false prophets?!

With the way the world is now even I can predict assholes to come unleashed on us all! If it does happen I seriously think that anyone around or near Pat Robertson should be under surveillance!

I know this is no time to joke however I plan to have a little fun with this post come the end of September 2007!

We must not let small details distract us from seeing the bigger image. 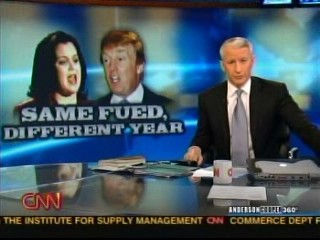