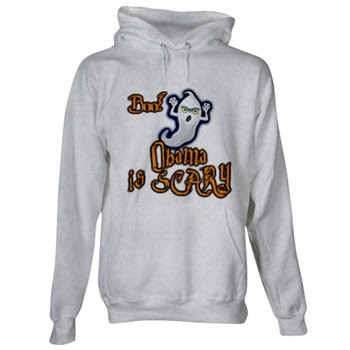 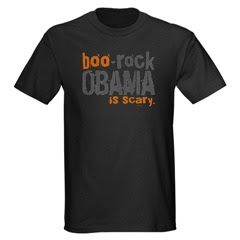 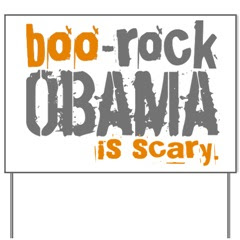 The Dimmy Brainwash has begun!

WAKE THE HELL UP PEOPLE!!!

Oh LOOK! More on the subject! How about that! Thanks Pamela!

My favorite part: " people who graduated in the 60's, dropouts or half-baked intellectuals, are now occupying the positions of power in the government, civil service, business, mass media, and educational systems."

Here is a link to why I spew!

Handicapped Man KNEW WHO TO VOTE FOR!!!

Click here to view video! Then remember that Seattle is sending thugs ballots to vote. To vote for guess who!!! Oblabla! Their hero!

Guess what oblabla I already voted against you! You too ya old hag Gregouir! And I voted against all the taxes you want from my account to pay for your lefty coddling of lazy assholes that aren’t working or in jail!!!

Yeah I saw the tee shirts and we are making one for you too ali oblabla!

OBAMA
IS
A
PRICK!

Hunt for Why HE ISN'T FOUND YET!!!

DO YOUR JOB AND FIND HIM! KILL HIM!!! TAKE THE SON AND MOTHER DEAREST OUT TOO!!!

The law is not doing their job!!!

People need to know! Good on Atlas Shrugs to show it!

I plan to fight these clowns! Atlas Shrugs By all means go see the parade! Better to die standing on your feet then cowering to them! …and they kill you anyway!

Oh and read this: It's about damn time!!! The FBI finally woke the hell up!
Posted by dcat at 4:59 PM No comments:

What the fuck NEXT!!!

Atlas AKA Pamela is right it is better to die on your feet then on your knees!
Posted by dcat at 10:20 AM No comments:

Ballot Dilemma Day Four!
Posted by dcat at 10:19 AM No comments:

From Jihad Watch Thank you Robert!

Islam goes too damn far NOW I AM SURE! THANKS FOOLS!

I would pull more then the batteries out!

I'll put a spell on you!

Come, little liberals I’ll take thee away into a land of enchantment!

Come, little liberals it’s my turn to play here in my garden of magic!


LISTEN TO THEM NOT!

Heaven knows I have the strongest forces working against evil!
Posted by dcat at 8:52 PM No comments:

Palin isn't holding back! WHY SHOULD YOU!!!

That is calling a jihad a jihad!

This email was sent to me and now I will post it I not only sent it along I thought to add this video! ENJOY!

“Government is the great fiction through which everybody endeavors to live at the expense of everybody else.”
Frederic Bastiat

“There is no such a thing as a SMALL interference with other peoples property or lives.”
Andrew Galambos

It is getting more scary than ever. People hesitate on speaking out or sharing information such as this but I do not and I hope you will all send it around the world. I hope this one gets sent all over the world. Rich Carroll has written many great books and tells it as it is. He is a great writer. God bless everyone and God bless America one nation UNDER GOD forever.

Rich Carroll articulates the thoughts that have been on many people's minds. There's too much question surrounding Obama and Michelle's real ideology. Too many sinister associations make me suspicious. Also his past is still a blank. Have you ever thought about where Obama gets all his campaign money ---more than Hillary or McCain put together in such a short span of time?The Jihad Candidate

by Rich CarrollConspiracy theories make for interesting novels when the storyline is not so absurd that it can grasp our attention. 'The Manchurian Candidate' and 'Seven Days in May' are examples of plausible chains of events that captures the reader's imagination at bestseller level. 'What if' has always been the solid grist of fiction. Get yourself something cool to drink, find a relaxing position, but before you continue, visualize the television photos of two jet airliners smashing into the Twin Towers in lower Manhattan and remind yourself this cowardly act of Muslim terror was planned for eight years.

How long did it take Islam and their oil mone y to find a candidate for President of the United States ? As long as it took them to place a Senator from Illinois and Minnesota ? The same amount of time to create a large Muslim enclave in Detroit ? The time it took them to build over 2,000 mosques in America ? The same amount of time required to place radical wahabbist clerics in our military and prisons as 'chaplains'? Find a candidate who can get away with lying about their father being a 'freedom fighter' when he was actually part of the most corrupt and violent government in Kenya 's history. Find a candidate with close ties to The Nation of Islam and the violent Muslim overthrow in Africa , a candidate who is educated among white infidel Americans but hides his bitterness and anger behind a superficial toothy smile. Find a candidate who changes his American name of Barry to the Muslim name of Barak Hussein Obama, and dares anyone to question his true ties under the banner of 'racism'. Nurture this cand idate in an atmosphere of anti-white American teaching and surround him with Islamic teachers. Provide him with a bitter, racist, anti-white, anti-American wife, and supply him with Muslim middle east connections and Islamic moneys. Allow him to be clever enough to get away with his anti-white rhetoric and proclaim he will give $834 billion taxpayer dollars to the Muslim controlled United Nations for use in Africa .

Install your candidate in an atmosphere of deception because questioning him on any issue involving Africa or Islam would be seen as 'bigoted racism'; two words too powerful to allow the citizenry to be informed of facts. Allow your candidate to employ several black racist Nation of Islam Louis Farrakhan followers as members of his Illinois Senatorial and campaign staffs.

Where is the bloodhound American 'free press' who doggedly overturned every stone in the Watergate case? Where are our nation's reporters that have placed every Presidential candidate under the microscope of detailed scrutiny; the same press who pursue Bush's 'Skull and Bones' club or ran other candidates off with persistent detective and research work? Why haven't 'newsmen' pursued the 65 blatant lies told by this candidate during the Presidential primaries? Where are the stories about this candidate's cousin and the Muslim butchery in Africa ? Since when did our national press corps become weak, timid, and silent? Why haven't they regaled us with the long list of socialists and communists who have surrounded this 'out of nowhere' Democrat candidate or that his church reprinted the Hamas Manifesto in their bulletin, and that his 'close pastor friend and mentor' met with Middle East terrorist Moammar Gaddafi, (Guide of the First of September Great Revolution of the Socialist People's Libyan Arab Jamahiriya) ? Why isn't the American press telling us this candidate is supported by every Muslim organization in the world?

As an ultimate slap in the face, be blatant in the fact your candidate has ZERO interest in traditional American values and has the most liberal voting record in US Senate history. Why has the American main stream media clammed-up on any negative reporting on Barak Hussein Obama? Why will they print Hillary Rodham Clinton's name but never write his middle name? Is it not his name? Why, suddenly, is ANY information about this candidate not coming from main stream media, but from the blogosphere by citizens seeking facts and the truth? Why isn't our media connecting the dots with Islam? Why do they focus on 'those bad American soldiers' while Islam slaughters non Muslims daily i n 44 countries around the globe? Why does our media refer to Darfur as 'ethnic cleansing' instead of what it really is; Muslims killing non Muslims! There is enough strange, anti-American activity surrounding Barak Hussein Obama to peek the curiosity of any reporter. WHERE IS OUR INVESTIGATIVE MEDIA!?

A formal plan for targeting America was devised three years after the Iranian revolution in 1982. The plan was summarized in a 1991 memorandum by Mohamed Akram, an operative of the global Muslim Brotherhood. 'The process of settlement' of Muslims in America, Akram explained, 'is a civilization jihad process.' This means that members of the Brotherhood must understand that their work in 'America is a kind of grand jihad in eliminating and destroying the Western civilization from within and sabotaging its miserable house by their hands and the hands of the believers so that it is eliminated and God's religion is made victorious over all other religions.'

There is terrorism we can see, smell and fear, but there is a new kind of terror invading The United States in the form of Sharia law and finance. Condoning it is civilization suicide. Middle East Muslims are coming to America in record numbers and building hate infidel mosques, buying our corporations, suing us for our traditions, but they and the whole subject of Islam is white noise leaving uninformed Americans about who and what is really peaceful. Where is our investigative press? Any criticism of Islam or their intentions, even though Islamic leaders state their intentions daily around the globe, brings-forth a volley of 'racist' from the left-wing Democrat crowd. Lies and deception behind a master plan - the ingredients for 'The Manchurian Candidate ' or the placement of an anti-American President in our nation's White House? Is it mere coincidence that an anti-capitalist run for President at the same time Islamic sharia finance and law is trying to make advancing strides into the United States? Is it mere coincidence this same candidate wants to disarm our nuclear capability at a time when terrorist Muslim nations are expanding their nuclear weapons capability? Is it mere coincidence this candidate wants to reduce our military at a time of global jihad from Muslim nations?

To become another 'nation of Islam'?

We pray that it is not so.

I heard he is being audited now! Way to go! Good job everyone!!!

I'm voting against those democrat fools!