Ok you want to hear from me ok!
The scum bag that did the shooting in Seattle last Friday should have five seconds alone with me! He wouldn’t last till the last second! What a pussy to go after women whooo the big prick!

Liberals said he had mental trouble! Maybe I do too so let’s call it even then shall we!!!
When can we finish his life too!?

Another ass hole that wasn’t breast fed! Too angry to look for the excuses for the killer so read this story! DAMN IT!

This Just About Said It All

Can't bust a nut is my favorite! Do enjoy the video clips.

Thank you Bob for the info and to Andy for the email! You guys are the best email tree around!
You know about the phone tree right? Hehehehehehehe PHONE TREE DAY.

We all know moonbats too don't we gang? They won't view the video. Oh no they will go on flapping and ducking the entire detail of the event! Not to mention evading the detail of the film. The guys and the one gal I saw are the real Men and Women! The humanitarians fighting to keep our freedom as well as others freedom! Got that bone head moonbats? If not you are not human! ^..^

To the moonbats I say: 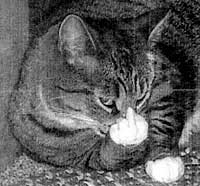 This Year The Enemy Oscar Goes to The NEW YORK TIMES AGAIN!

Up date 7/17/06
Now for some real reporting: Take it away Bandit36 latest video report 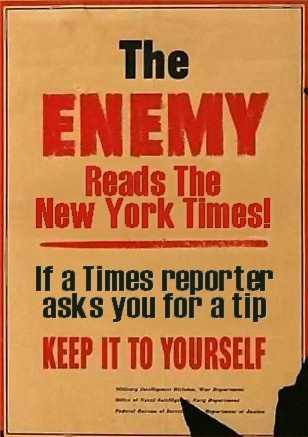 Mike's America Pointed this one out. Great Mike 'lets make the loons go in circles! ^..^
Posted by dcat at 6:41 AM No comments:

You Tube and the Reports from the Green Zone

The new video today is on combat in Iraq and this new video at Bandit36 ‘s place.

Progress is being made and we now have proof of the fighting going on there. Who need’s lame stream TV when you can get footage like this straight from the brave men and women fighting there!

Some of The Arab Flock is Living in The Past

I just read Iraq the Model on the issue of its flock slowly changing. You can show people by living a good life or you can talk till you are blue in the face. You have that option. That is all you are left with. Because others pride or different way of life will always be in the way. I tend to ignore people that are different then I am. "I don’t have time for nonsense." I just hope that people will come to their senses and start to act accordingly. The old ways are not working for Arabs so they need to get with the program and welcome a freedom of change.

I hope that the kids that were brain washed will snap out of, the preaching from “the religion of peace”! Deep down you do know right from wrong and no one can change that in your heart but you! If Arabs have the intellect to see that then there is hope. However if they don’t then there is no hope for Arabs and no way people will allow the thugs to go on killing innocent people! I’ll be damn if I will sit around and wait till someone wants to knock me off!!!
Posted by dcat at 9:08 AM No comments:

Americans can take some comfort from the reported failure of a long-range missile test by North Korea. Pyongyang is apparently still a good way from mastering the intercontinental ballistic missile technology that might one day allow it to threaten the United States.

Yes and Gregouir would like to reason with them! Oh Brother! We are damn lucky we have an effective military! All Gregouir is ‘is a liberal Governor of the State of Washington! Every time she opens her mouth she shows how incompetent she really is! I am so sick of her!

Gregouir just shut the hell up already!
Posted by dcat at 11:20 PM No comments:

TRUTH JUSTICE AND THE AMERICAN WAY! Take that Hollywood!!! 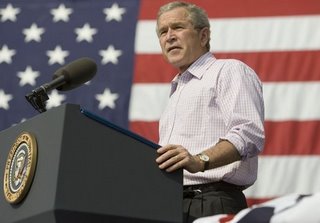 President George W. Bush speaks to an Independence Day crowd in Morgantown, W.Va., Monday, July 4, 2005. The President told the estimated 3,000 people at West Virginia University that "the revolutionary truths of the Declaration are still at the heart of America." White House photo by Krisanne Johnson 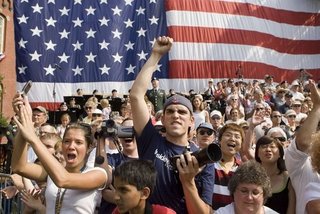 When you see the Stars and Stripes displayed, son, stand up and take off your hat. Somebody may titter. It is in the blood of some to deride all expression of noble sentiment. You may blaspheme in the street and stagger drunken in public places, and the bystanders will not pay much attention to you; but if you should get down on your knees and pray to Almighty God, or if you should stand bareheaded while a company of old soldiers marches by with flags to the breeze, some people will think you are showing off.

But don't you mind! When Old Glory comes along, salute, and let them think what they please! When you hear the band play "The Star-Spangled Banner" while you are in a restaurant or hotel dining room, get up even if you rise alone; stand there and don't be ashamed of it, either!
For of all the signs and symbols since the world began there is none other so full of meaning as the flag of this country. That piece of red, white and blue bunting means five thousand years of struggle upward. It is the full-grown flower of ages of fighting for liberty. It is the century plant of human hope in bloom.

Your flag stands for humanity, for an equal opportunity to all the sons of men. Of course we haven't arrived yet at that goal; there are many injustices yet among us, many senseless and cruel customs of the past still clinging to us, but the only hope of righting the wrongs of men lies in the feeling produced in our bosoms by the sight of that flag.

Don't be ashamed when your throat chokes and the tears come, as you see it flying from the masts of our ships on all the seas or floating from every Flagstaff of the Republic. You will never have a worthier emotion. Reverence it as you would reverence the signature of the Deity.
Listen, son! The band is playing the national anthemÂ—"The Star-Spangled Banner!" They have let loose Old Glory yonder. Stand upÂ—and others will stand with you.

This tribute to the flag is offered to the country in appeal to all men and women of all races, colors and tongues, that they may come to understand that our flag is the symbol of liberty and learn to love it.

Now Time for some fireworks!

From a cave somewhere in Pakistan: Taliban Minister of Migration, Mohammad Omar, warned the United States that if military action against Iraq continues Taliban authorities will cut off Americas supply of convenience store managers. And if this action does not yield sufficient results, cab drivers will be next followed by Dell customer service reps. It's getting ugly folks!!