Oh and I do like what this Dutch guy had to say too!

There is a new film coming to a Theater near you!

Oh how I love pissing off islamic thugs! :+:

I Criticize Islam too Ayaan

You Ayaan have many followers

Ayaan I won’t bow down to it either! Good on you! Keep up the great work!

I can't help myself. I love pissing islamist off!

With all of their bullshit it seems to me it's their way or the highway! We should respect them?! They don't respect me so how in the hell can it only be one sided!? It is who I am and they all need to get a life! The little brats are just going to have to come around to understanding me first! After all some of them are in MY country!

They wanna live like animals (acutally animals are much smarter) they need to go back and live over in the Middle East and leave the rest of the world alone!

I am not a racist but I will damn well become one if threatened! I can't help to understand that threatening my way of life is what they are doing! Now really 'who is the racist!?!

Islam And The War On Terror

[A well known Muslim leader in the United States was in Colorado Springs Tuesday night trying to bridge gaps of religion and politics, especially in how we look at the war in Iraq.

Dr. Zuhdi Jasser is the founder and chairman of the American Islamic Forum for Democracy. He addressed about hundred people at the Broadmoor Tuesday night.

He says in his opinion the war on terror has been misnamed, we are not fighting terrorism, terrorismis just a tactic, we are fighting against political Islam.

Dr. Jasser believes American Muslims need to lead the way in fighting the war in Iraq.

And separating church and state issomething he's dedicated his life to.

So in 2003, he started the American Islamic forum for Democracy, which seeks to address the ideological conflict in the war on terror. Jassar says we need to use history to move forward in this new battle.

"Just like the Japanese stepped up and fought with America against the Japanese dictatorship in WWII, Muslim Americans need to start stepping up and saying we need to fight globally and name terrorist organizations by name," Jassar said.

Jasser says he's confident change will come, but it will take time.

"This conflict is going to last for generations, into the 21st century, it's not going to be resolved in one election cycle," He said.]

Islam and the War on Terror- Dr. Jasser

Thank you bg,
Yes it will be a long, long time. We still have islamic rage boys and girls out there. Once we get them all off the planet I am sure it will get better!

And this:
Iraqi MP Iyad Jamal Al-Din Says Iraqis Should Be Grateful to US for Liberating IraqVIDEOTRANSCRIPT
Posted by dcat at 6:23 AM 22 comments:

When you say his name it is like coughing up a hair ball :D

I was depressed last night
so I called Lifeline.

Got a call center in Pakistan .
I told them I was suicidal.

They got all excited and asked if I could drive a truck.

You can bet your sweet ass I won’t tone it down!

I will also add muslims are not my friends they are merely acquaintances kept at a lot more then arms length. They are not to be confused as friends and confidences. They will have to work pretty damn hard before they are to be accepted into my world. That is just how it is gonna be with me. This little tidbit is for all the sympathizers out there.

So Kiss my ass CAIR and Al-Qaeda! This is me and muslims if they want to be my true friends will defeat you ALL!

We will dance on your grave and pour pigs blood on you!

How Sleeper Cells will operate in the USA

Read it here Global Terrorism Analysis
Posted by dcat at 4:38 PM No comments:

First of all thank you to a fellow blogger for sending me this blog http://lionheartuk.blogspot.com/ I need to add it to my side bar. I know some of you aren’t that stupid to be in this religion of hate but just in case you are going to that dark side:

After reading this from Lion heart’s blog he isn’t the only one writing this stuff and I have been reading the f***ed-up Koran. I have come up with a few my self. You know weak minded folks when you read it. Scared into submission is what it is! It would be ok that you believe in what ever but to plot to take others life or wish them ill because of the way they live or believe is a no, no and I’m not sorry but you are going to hell for your hate with others choices!

I tend to keep people at a distance anyway. Looks like I will be doing more of it with muslims at any rate. No the m is not going to be capitalized! I don’t support anyone or any religion that is this destructive existence with humanity! You kissing, up to me isn’t going to work either! They don’t deserve my attention but they will get it if they keep on doing something stupid. You as a muslim support it but I bloody well wont! I need to break away from this kind of dysfunctional existence of theirs and so with that I say good bye to muzzies and you were never my friend! Don’t even try because you are really sick puppies! Pass that around!

I even got heart sick when I went to my own Church last night! I haven’t been for years. The changes! Well I am convinced that people are whacked and I don’t need any of it! God is with me and I don’t need you crazy’s out there to be telling me different!

Oh and don’t dish up the past because I DON’T CARE! I didn’t live back then and have nothing to do with it! I am talking about the here and now! Enjoy the read:

MUSLIM APOCALYPSE - WHAT THEY ARE PLOTTING FOR YOU AND YOURS

There can never be such a thing as moderate Islam nor such a person as a moderate Muslim. Every Muslim is BY DEFINITION committed to killing, subjugating and humiliating the Kuffar (Infidel) .

He may not be prepared to fight himself, nor blow himself up, but he must support those who do. This, above all, is demanded of him by the Koran. To obstruct or in any way hamper the Jihad is to betray his 'brother' Muslims and his religion. Doing so is apostasy, treason to Allah punishable by death in this world and ever-lasting hellfire in the next.

It is however quite permissible to denounce terrorist attacks - this is the tactic of taqiyya (deception) to confuse the gullible infidels. It is actually a virtue for a Muslim to lie to the Infidel to further the cause of Islam. So when the next batch of Kaffirs are ripped and burned to shreds by incendiary nail bombs, just ignore the statements of Muslim leaders denouncing the terrorists as a tiny minority of extremists. They will pontificate for hours, but behind their pretensions of sympathy is a virulent psychopathic hatred of the Kuffars and an unwavering support for those Muslims who attack them.

Every Muslim, and that includes doctors, is BY DEFINITION committed to killing, subjugating and humiliating the Kuffars. The foundation of the Muslim cult is an unremitting and implacable hatred of non-Muslims. The world is divided into Dar al-Islam - the realm where Islam is supreme with Kuffars as subjugated dhimmis, and Dar al-Harb - the realm of war, those lands still controlled by the Kuffars.

Humiliation of Kuffars is a major objective for modern Muslims. Methods of humiliation range from rape, mutilation, castration and torture (Kris Donald), attacks on iconic cultural symbols, distributing videos of Kuffars being beheaded after pleading for their lives, and feeding the flesh of dead Kuffars to other unsuspecting Infidels (Charlene Downes).

And the humilation will increase. Islam is an honor/shame culture, and Muslims feel themselves to have been shamed by the Kuffar. Muslims have a huge number of real and imagined grievances, all of which will be avenged many times over when the time comes. They resent the political power of the Kuffar. They are insulted and humiliated by cartoons of their Pedophile and by Salman Rushdie's knighthood. Muslims envy the cultural, scientific and technical superiority of the Kuffar. They especially resent the colonial period when Kuffars occupied Dar al-Islam and built railways, roads, aqueducts, colleges and hospitals in a vain attempt to bring the inhabitants out of the Stone Age. Most of all, they resent the very existence of the Kuffar as an insult to Islam, Allah and the Pedophile.

Muslims are seething with barely repressed anger and the burning desire to avenge a million real and imagined insults. When Muslims finally get the power to wreak their revenge on the Kuffar, the release of pent up fury will be truly Apocalyptic - an unbelievably violent eruption of rage, rape, mutilation, torture, mass-murder and genocide which will make Attila, Gengis Khan, Hitler, Stalin and Chairman Mao seem like amateurs.
11-Jan-2008 20:45:00
Posted by dcat at 11:03 AM 71 comments: 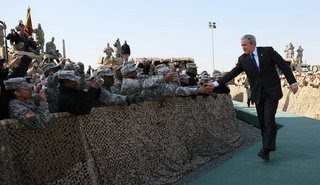 
Oh and in another Victory:

You got ID? Heh! It isn’t any problem for me I am a US Citizen what about you!? I think this is good and closing in on all the loop holes for little shit Matoves running loose! HURRAH!!!

Why is Islam SO FULL OF LIES AND MURDEROUS THUGS!?

Because their religion is just that full of murderous THUGS!
Click here for more truth at Hot Air Thanks to Robert Spencer. 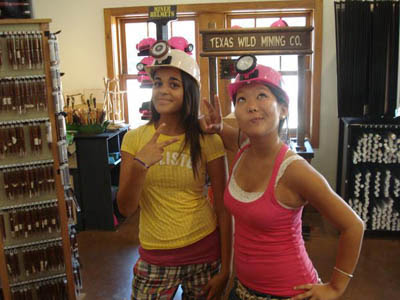 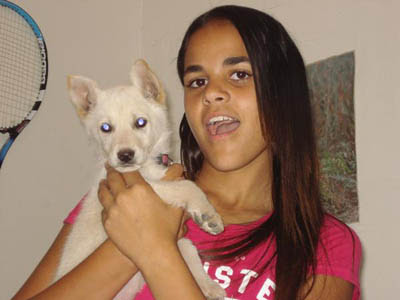 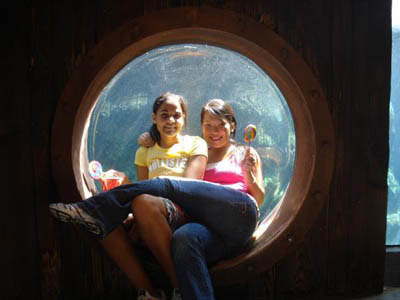 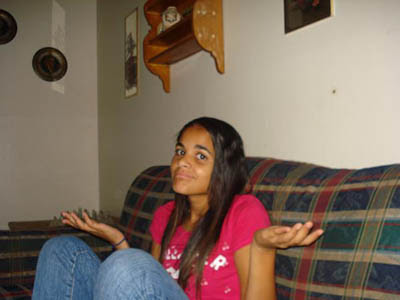 Ok folks this is real now! And he had the nerve to do this WHERE?! TEXAS!? Why is he the father still alive and breathing?!

You bet the cowboys that if they took matters into their own hands the bloody media would be out in full regalia!

I am sick this happened to such beautiful girls on OUR LAND YET!!!

Read here to see what Captains Quarters had to say.