Some April “Fools” For YOU! 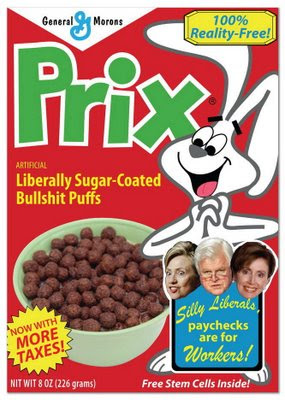 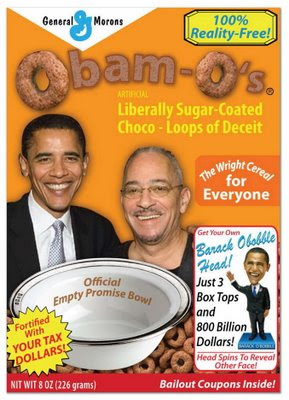 The problem with socialism is that you eventually run out of other people's money to spend. - Margaret Thatcher

Hey, where's Barney Franks ugly face? He's conspicuously missing? He must be inside the box!

Since 2002 the conservatives tried to warn democRAT’S!

Bush warned democrats of the financial and housing crisis meltdown! The greed won on the democRAT’S side!

No not everyone should have a home! Those that work and save for homes are the ones not the people who think they should have the best when they don't have the cash!!!

Like in an email sent to me by Kurt I think the same thing he did: "How did a fucking retard like Barney Frank get into office and then get elevated to HFSC. WTF ?!?!?!?!?! "

I do watch Fox News and I remember this same video! DemocRAT'S want it to go away.

Barnett "Barney" Frank (born March 31, 1940 in Bayonne, New Jersey) is an American politician in the United States House of Representatives representing Massachusetts's 4th congressional district since 1981. In 1982 he won his first full term and has been re-elected ever since by wide margins.[2] In 1987 he became the second openly gay member of the House of Representatives, and has become one of the most prominent openly gay politicians in the United States.[3] In 2007 Frank became the chairman of the House Financial Services Committee (when the Democratic Party won a majority in the House of Representatives). The committee oversees the housing and banking industries.

Steve Gobie
In 1990, The House Ethics Committee recommended Frank be reprimanded because he "reflected discredit upon the House" by using his congressional office to fix 33 of Steve Gobie's parking tickets. Frank confirmed that he paid Gobie for sex, hired him with personal funds as an aide and wrote letters on congressional stationery on his behalf to Virginia probation officials, but Frank said he fired Gobie when he learned that prostitution clients were visiting the apartment.[8]
The investigation into Gobie and Frank's interactions were prompted by Gobie's attempt to cash in on assertions that Frank knew and approved of Gobie's illegal activities in the Frank residence. "Two years [after Frank fired Gobie], Gobie tried unsuccessfully to sell his story to the Washington Post. He then gave the story to the Washington Times for nothing, in hopes of getting a book contract for the male version of The Mayflower Madam."[9] After an investigation, the Ethics Committee found no evidence that Frank had known of or been involved in the alleged illegal activity and dismissed all of Gobie's more scandalous claims.[10][11]
Posted by dcat at 6:08 AM 1 comment:

Well yeah obama came across as a wimp to the arabs. They hate weak!

Hell arabs like to hate just to be hating for the hell of it! They always seem to have something up their ass whether it is a snuggy or they didn’t get lemon in their tea.

The Second Amendment Of The Constitution Needs To Be Fought For!


I don’t care about the stupid law I will protect myself and others if need be! Unlike this woman I will have my protection with me, if some crazy thing decides to shoot up a place I am at!

"This is a promise to all you assholes “criminals” out there that think you can get me easily! You will not get me without a fight! Fine I will be in jail being coddled by lefty loons in the court system but your sorry ass will be in HELL!!! "

Click here for this disturbing news of no death penalty. Oh and this guy: Allen Eugene Gregory

Oh how I would enjoy 10 min. alone with this creep Cal Coburn Brown to show him what pain and suffering is! That woman he killed ROBBED her of HER LIFE endured TWO DAYS of HELL before he killed her!!! Some thing is wrong here folks and I have had enough of the bullshit in this country!

I want the names of the judges, lawyers and people responsible for giving this thing a reprieve!

I want them to lose their job!

I know what the loony media would do with the link so I copied and pasted the story and I will have the link let’s see if the liberal media pulls the story like it has in many of other links I had at my blog!
Just look at this sorry ass and tell me you feel sorry for it! I sure as heck don't! 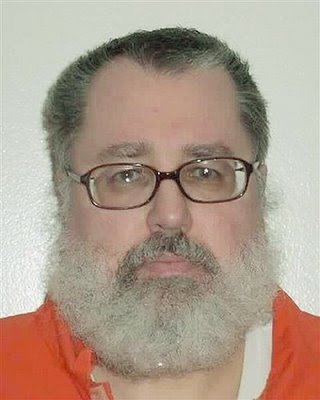 I wonder if liberal ass media will pull this link's story! feel free to click here and see if it is still there! I posted it below for you just in case!

OLYMPIA, Wash. (AP) — The Washington state Supreme Court has postponed what would have been the first execution in the state since 2001.The court ruled 5-4 on Thursday to grant a last-minute reprieve to 50-year-old Cal Coburn Brown for the May 1991 rape and murder of a 22-year-old Burien woman, Holly Washa.Brown was scheduled to die by lethal injection early Friday morning at the Washington State Penitentiary.Brown's case goes back to Thurston County Superior Court, where another Washington death row inmate was recently granted a May hearing on the validity of the lethal injection procedure. Brown's lawyers contended that it would be wrong to execute Brown even as Stenson won a delay by raising the same points.
Posted by dcat at 10:02 AM 2 comments:

I got my tax money!

Woo-hoo! Can I charge the Government inertest for them having “MY MONEY” in their possession!? I would like to have that law put into place! Oh and as for my dead relative that left me a mint! He ‘God rest his gracious soul, got charged double! Yeah that year he paid his taxes and then they taxed him “his estate” again! After he died the State couldn’t wait to take his money! Money that should be in my account! Money he wanted me to have!

"IT AIN'T YOUR MONEY TO SPEND"


Socialism needs to be crushed! I want my Social Security that gets taken out of MY check collecting interest for me! Not some dumb ass out there popping out kids like there is no tomorrow and getting my funds! I am working that money should be MINE! I’ll donate to a charity I feel fit on my own!

If I don’t have my money and more gets taken from me you can kiss charity good-bye! I will be too busy taking care of my own needs! When the, money is drained from all the hard working Americans by the leaches. Maybe that is when we will start to see “CHANGE”!

We talk about laws. Ok I have a couple more:

I think people that should be in prison but aren’t and if you are harmed by them the state and liberals that let them go should be sued up the ass for it! I would also like to see members of the family of the cretins be held accountable by signing a document if they support that family member and want to stand by them. Let’s see how many would sign that form! Heh!

I also want to be pushing for idiots driving out there or selling cars to people with out licenses or insurance! I would like to see Insurance companies being held liable for the fact that they didn’t report someone dropping their coverage by providing the new company they are going with just to follow up.

Now why isn’t anyone doing anything about this!? Heads stuck up the ass or what!

Their heads must be way up there so high! They are too busy trying to screw the constitution on law abiding gun owning citizens that want to protect themselves. They want to give free passage to criminals to be able to rob the decent gun toting folks!

And like in Chicago nobody will know, nothing but everybody will know everything! After all fair is fair!
Posted by dcat at 1:46 PM 3 comments:

Huh! It is a pity Fitna can’t be seen or discussed!


I think every school kid in the world should see it!
Posted by dcat at 4:29 PM No comments:

A true American and I respect folks like this man!


Hope is not lost when Americans like Colonel Allen West are among us! We will win!
Posted by dcat at 4:04 PM No comments: