I am surprised he didn’t mention the Palestinians! I need to contact my buddy Geert Wilder. I am sure my friend at the Winery will get a charge out of this one!
Posted by dcat at 8:25 PM 1 comment:

Islam does not have a leg to stand on.
Posted by dcat at 4:49 PM No comments:

Pay Close Attention to “Another” Muslim

Yes Ladies and gentlemen!  "The other" terrorist acts took place before the massacre in Afghanistan, just like this one with the Koran burning!  9-11 happened before all of that!

Oh and all you leftarted Obama supporters: “Did you know that Bin Laden wanted to kill your wonderful leader so that the little flunky Biden could take the rains in the White House?  Yep and they could then work on getting more into our system!?  I bet you didn’t know that.  Read that here!  Oh what a shock say it isn’t so!

Leftest don't beleive everything they read on the internet... when it isn't pert to their views that is...

I liked the comment section this morning.  I won’t mention any names but it seems they are going to have to kill us all!  We seem to be getting fed up FINALLY!

"I wonder if his violence against non-Muslims has anything to do with the fact that 75% of the Sira (life of Mohammed) mandates jihad against unbelievers, that 67% of the Koran written in Mecca, 51% of the Koran of Medina, and 20% of Bukhari’s Hadith, encourage hatred of the unbelievers and orders violence against them. No it couldn’t be, because then our conclusion would be politically incorrect and, more importantly, just too depressing. Let’s just get back to picking on Christians, Jews, and Buddhists and alleging, contrary to all the evidence, that their religions teach the same kind of violence."
"We have to brace for the future, a flood of these horrors is coming our way. See testimony of Sister Hatune discussing the horror Christian girls are experiencing in Iraq, but the world remains silent:
See:Video

§ Sister Hatune smacks the media on its shyness to criticize Islamic religious discrimination...crimination and at
"This is simply horrific. But it always alarms me as to how so many Jewish Americans can vote DEM and support Owebama. This is a very clear call.....Support Israel....vote Republican...."
"So many conundrums from the left. They
sit with silent folded arms while women are mutilated by Sharia law thugs. Pro-Death on the abortion issue, yet they support abolishing the death penalty for killers. It goes on and on!"


"Whatever. You tried to tell me that Islam and Islamism are different. They are not. Such hair-splitting is for people who are afraid of being called bigots."
"Any Muslim who is afraid to denounce the killing of innocent women and children (or anyone) in the name of their religion, who is afraid to denounce the on-the-fly rewriting of the Koran by Muslim extremists, and Muslim who is afraid of speaking up and declaring that Islam has been overtaken by American-hating clerics is not being realistic. And they are being heretics to their own choice of religion. Kind of like the left in America who still to THIS DAY cannot admit that on 911 Muslim terrorists attacked America."
"Right. There is no "moderate" or "peaceful" Islam. There is only one Islam and it's barbaric, hateful, and misogynist."
There are so many more I just can go on and on with info but will it do you any good you out there with your peace love dove coexist stickers.

Do you see the C?
The C in Coexist wants to eat them all gone!  Unless you join them you are a kafir look it up!  Don’t dare leave that little cult either or that will be your life!
So to that Seattle liberal journalist that is now in hiding and probably living in a new state said: “ They can’t kill us all lets all draw Mohamed”.  Yeah the liver lilies can’t even take a joke!  They put a fatwa on her head!  Read that here!
Her life and others over a cartoon!  Give me a break!  Let’s see they can burn our flag call us names but we can’t draw a stinking cartoon of Mohamed.  I am here to call on this religion of deceit and hate!  They just need an excuse to strike they don’t want peace and whoever believes this I have a building in Seattle to sell you!
Think people think!  Who put us over in Afghanistan?  Obama!  AQ is already in the states and we need to wake up to that fact and face them head on!  They are attacking our churches our Western ways our freedom of speech!  I as an American will speak up and no I will not kowtow to the thugs!  I am not alone and you all need to get with the program!
Oh and HAPPY SAINT PATRICK’S DAY   The fighting Irish … look out they are Catholics!  LOL See I laugh at my religion and anyone that knocks it back at you!  Green beer here I come!
“In pisslam you only drink to fool the infidel and that is ok by Allah so hope you choke on it islamists!”
HERERead this with your Green Beer libtards!   I'm sure they don't want to do that here!  Yeah think!?  I won't give them that much room!
Posted by dcat at 1:17 PM 3 comments:

Chris Rock like Most Far Left Loons Have No Class

They seem to be digging, hurting with slander all the time. Michlle Malkin said it best! Left-Wing Hate Speech! Hollywood Hate Mongers!
Posted by dcat at 7:31 PM No comments:

I stand with the Jews! The dogs are the islamics!
Posted by dcat at 4:39 PM No comments:

Capt. Kirby said the investigation found there were “written notes in some of these religious texts, but I’m not going to go beyond that.”
The investigation has not been publicly released because of other ongoing investigations, and there is no decision yet on whether all its findings will be released, he said.... Read more America haters "HERE"

On another note just look how they teach those kids:  Get the popcorn left loons and pay close attention to "THIS"
Posted by dcat at 9:38 PM 2 comments:

NO I WON'T TONE DOWN!

CAIR this is for YOU!

Watch and learn! My cosins are normal folks and I got this from one of them and the link below! Educate yourself!

He is going to lose! Obuma here: FREEDOM!
Posted by dcat at 1:23 PM No comments: 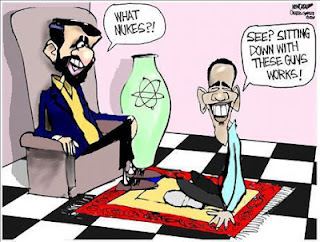 Obama......doing what he does best. Why is it that only the political cartoonists seem to "get it"? 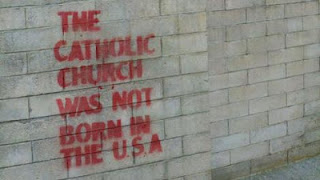 You know damn well what perp did this!  NAME THEM!  I will not back down and soon we will do the same to CAIR Florida recently did!  See what the little perps did...I also bet the left had a lot to do with it too!  Read more...
Posted by dcat at 12:10 PM 2 comments:

The GOP nomination for Washington State will be....

Nicely said Sarah! I feel it will be Romney. Like Sarah stated anyone but obuma!
Posted by dcat at 11:30 AM 2 comments:

I Know Her Name! The Left Don't Care! 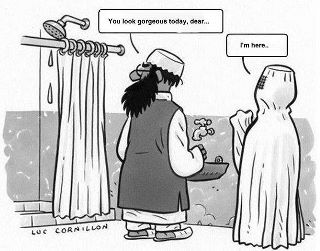