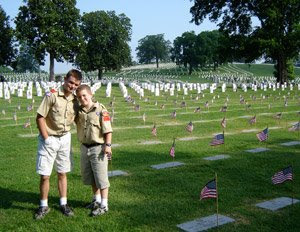 Special Edition from Patriot Post:
Memorial Day is reserved by American Patriots as a day to honor the service and sacrifice of fallen men and women who donned our Armed Forces uniforms with honor. We at The Patriot pay our humble respects to those that gave the ultimate sacrifice as members of the United States Armed Forces. We will remember you always.
Accordingly, this tribute is in honor of our fallen American soldiers, sailors, airmen, marines and coast guardsmen.
Please join Patriots honoring Memorial Day across our great nation on Monday by observing a moment of silence at 3:00 p.m. local time for remembrance and prayer. Flags should be flown at half-staff until noon, your local time. Please give a personal word of gratitude and comfort to surviving family members who grieve for a beloved warrior fallen the battlefield defending our cherished liberties.
INSIGHT
"[L]et us solemnly remember the sacrifices of all those who fought so valiantly, on the seas, in the air, and on foreign shores, to preserve our heritage of freedom, and let us re-consecrate ourselves to the task of promoting an enduring peace so that their efforts shall not have been in vain." --Dwight Eisenhower
"Never in the field of human conflict was so much owed by so many to so few." --Sir Winston Churchill
"No person was ever honored for what he received. Honor has been the reward for what he gave." --Calvin Coolidge
"Not only are they commemorated by columns and inscriptions, but there dwells also an unwritten memorial of them, graven not on stone but in the hearts of men." --Pericles
LIBERTY
"These Endured All And Gave All ThatJustice Among Nations Might Prevail andThat Mankind Might Enjoy Freedom andInherit Peace."--inscription on a memorial at the American Cemetery overlooking Omaha Beach
THE GIPPER
"I have no illusions about what little I can add now to the silent testimony of those who gave their lives willingly for their country. Words are even more feeble on this Memorial Day, for the sight before us is that of a strong and good nation that stands in silence and remembers those who were loved and who, in return, loved their countrymen enough to die for them. Yet, we must try to honor them -- not for their sakes alone, but for our own. And if words cannot repay the debt we owe these men, surely with our actions we must strive to keep faith with them and with the vision that led them to battle and to final sacrifice. Our first obligation to them and ourselves is plain enough: The United States and the freedom for which it stands, the freedom for which they died, must endure and prosper." --Ronald Reagan
CULTURE
"As we pause this Memorial Day to honor those who died to preserve our freedom, it's a good time to take stock of the threats to our nation. I believe that the greatest threat is internal decay that results from a lack of knowledge of those things that make America great." --Lee Wishing, administrative director of The Center for Vision & Values at Grove City College
OPINION IN BRIEF
"More than most nations, America has been, from its start, a hero-loving place. ... George Washington was our first national hero, known everywhere, famous to children. When he died, we had our first true national mourning, with cities and states re-enacting his funeral. There was the genius cluster that surrounded him, and invented us -- Jefferson, Adams, Madison, Hamilton. Through much of the 20th century our famous heroes were in sports (Jack Dempsey, Joe Louis, the Babe, Joltin' Joe) the arts (Clark Gable, Robert Frost) business and philanthropy (from Andrew Carnegie to Bill Gates) and religion (Billy Graham). Nobody does fame like America, and they were famous. The category of military hero -- warrior -- fell off a bit, in part because of the bad reputation of war. Some emerged of heroic size -- Gens. Pershing and Patton, Eisenhower and Marshall. But somewhere in the 1960s I think we decided, or the makers of our culture decided, that to celebrate great warriors was to encourage war. And we always have too much of that. So they made a lot of movies depicting soldiers as victims and officers as brutish. This was especially true in the Vietnam era and the years that followed. Maybe a correction was in order: It's good to remember war is hell. But when we removed the warrior, we removed something intensely human, something ancestral and stirring, something celebrated naturally throughout the long history of man. Also it was ungrateful: They put themselves in harm's way for us." --columnist Peggy Noonan
FOR THE RECORD
"On Memorial Day and every day, it's our job as citizens to remember and honor those who paid the ultimate price to keep us free. ... As a free country, we will and should continue to argue over when and where the choice to go to war is worth that cost. But today we honor those who have died to preserve our freedom to disagree! ... In World War II, over 400,000 American soldiers were lost in and out of the theater of war. Seeing the rows and rows of grave stones in Normandy, in Arlington Cemetery or in the Los Angeles National Cemetery can begin to demonstrate the enormity of that loss. But it has been the books and movies about the 'greatest generation' and our most costly war that has brought our tears to the surface. Whether it was the dramatic and fictional 'Saving Private Ryan' or the true story of Easy Company, 506th Regiment of the 101st Airborne Division chronicled in the acclaimed HBO mini-series, 'Band of Brothers,' the realistic portrayal of what it took to preserve freedom touches us still. As our Global War on Terror continues and promises to intensify as we shift our focus from Iraq to Afghanistan, let us continue to remember and honor those who have given and will give their lives in serve." --columnist Terry Paulson
Posted by dcat at 11:01 AM 1 comment:

Ignore the jackass behind that curtain!

Israel you can take them out so JUST DO IT! You don't need approval most know what is going on is all!

Muslims are good at flying into shit they drive the same way!

Obscene Opulence you have not heard about or seen before. Right?


In case you hadn't heard

This brand spanking new Airbus 340-600, the largest
passenger airplane ever built, sits just outside its hangar
in Toulouse , France without a single hour of airtime. 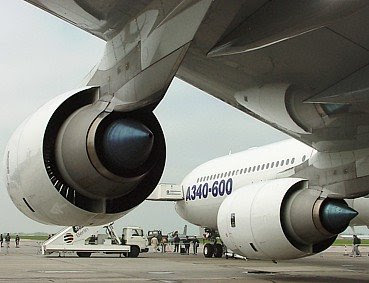 Enter the Arab flight crew of Abu Dhabi Aircraft Technologies
(ADAT) to conduct pre-delivery tests on the ground, such as
engine run-ups prior to delivery to Etihad Airways in Abu Dhabi.
The ADAT crew taxied the A340-600 to the run-up area. 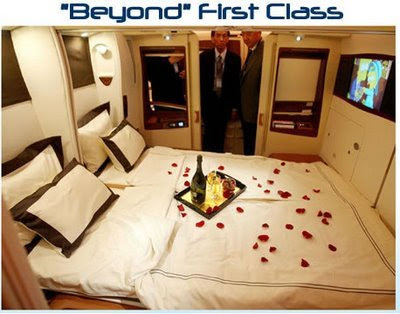 Then they took all Four engines to takeoff power with a
virtually empty aircraft. Not having read the run-up
manuals, they had no clue just how light an empty
A340-600 Really is.
The takeoff warning horn was blaring away in the cockpit
because they had All 4 engines at full power.
The aircraft computers thought they were trying to take off,
but it had not been configured properly (flaps/slats, etc..) 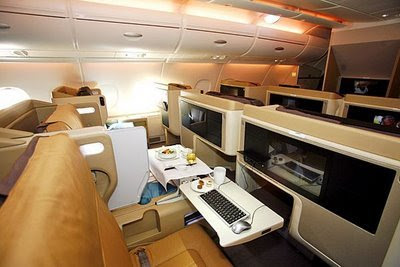 Then one of the ADAT crew decided to pull the circuit
breaker on the Ground Proximity Sensor to silence the alarm.
This fools the aircraft into thinking it is in the air. 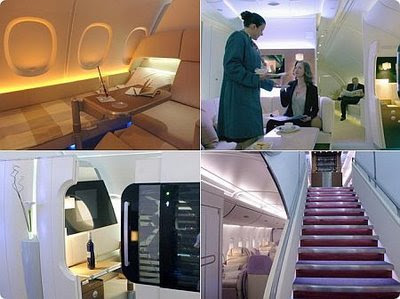 The computers automatically released all the Brakes
and set the aircraft rocketing forward.

The ADAT crew had no idea that this is a safety feature
so that pilots can't land with the brakes on.

Not one member of the seven-man Arab crew was smart enough to throttle back the engines from their max power setting,so the
$200 million brand-new Aircraft crashed into a blast
barrier, totaling it.

The extent of injuries to the crew is unknown due to the
news blackout in the major media in France and elsewhere.

Coverage of the story was deemed insulting to Muslim Arabs.


Finally, the photos are starting to leak out. 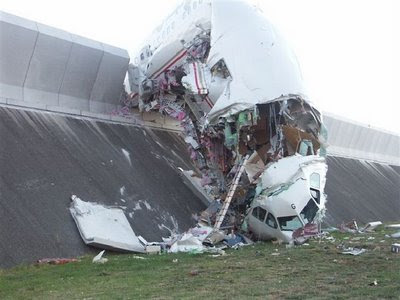 "That's why God gave them camels" 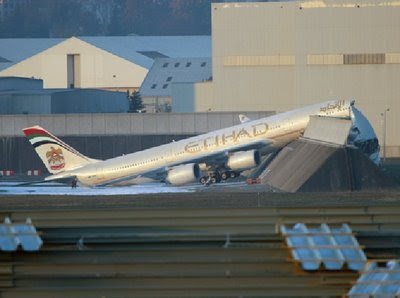