Muslim activist hubby beheads his wife because she wanted a divorce!

IN NEW YORK! IN THE USA!

Most of you saw this already because it is now circulating all over the place on line! And that is a good thing! AND I HELPED! I’m putting this here for the few that may have missed it! What have I been saying about CAIR!? Well you just keep on pooh-poohing facts. A few of us other fine folks will be there to save your sorry ass when it happens!

Note too that none of our fine regular channels aren’t showing, this kind of truth! It’s up to you to pay very close attention! 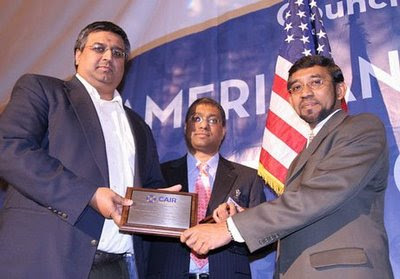 Someone said build a bridge to the ME and Islamic countries? Ok suwar! Then blow it to hell up when they are all on it!!! Me thinks we do need to play just as dirty! Keep em all in check at all times every stinking one of them! And …. AH AH AH... even if they say please! We don’t need their influences here! We have enough of our own nut jobs running rampant without islamic THUGS adding to it!

Here is my info: Beheader hubby was hero to U.S. Muslim activists! Moderate my ass! You want to make friends with this kind of barbaric morons then you are not an American! We need to fight these CAIR morons before they try to do what they are doing in Switzerland, Netherlands, and all the UK! Remember London? Click here!

Do remember the two sisters Sarah, and Amenia Said killed by their father Yessar Said in an honor killing in Texas! Just for embracing Western ways and having American boy friends! He had them sold to an imman in Egypt I’m sure of it! He was probably close to 80 years old the dirty old man!!! That is what they do with child brides they sell them to OLD FARTS!

And who in that masque in Texas was pushing him to do it! That community of muslims are just as guilty!!! Moderate? HA!!! Yeah you just go and think that!

I see he is going to upset more of the dim bulbs that voted for him!

Obama is kowtowing to the enemy!

Obama will be handing out daisies to the enemy while the enemy is beheading and torturing dragging and burning our brave soldier’s bodies through the street!

The USA needs to be ready! When we are appeasing the enemy there is something going on!
Posted by dcat at 12:03 PM 5 comments: