We need to change the way Islam views the West!

I heard before that we need to change to accept islam. WELL! A message for the ignorant in the islamic religion:

"Like I said before RIGHT BACK AT YA ISLAM LOONS!"

Not while there is submission of women and honor killing HONEY!

Islam needs to prove more and extinguish the mullas that hide thugs that kill little girls and islam needs to start acting like Americans here in NOT FUCKING POINTING FINGERS AT AMERICANS OR MAKING CRAZY ASS CHANGES to suit THEMSELVES WHILE LIVING HERE!

Look at my post with Gabriela! She is the one that had enough sense to walk away from that sick CULT!

America was doing great what about the islam nut bags moving here full of hate for us just to get the foot in the door!? I am paying attention you know!

Stop fucking around calling Americans ignorant! The ignorant are the ones that don’t see what most of us do! What is ignorant ‘are the ones that think, their fucking religion is the best! I don’t want any part of the bullshit do you hear me!?

Most of the Americans have been lenient thus far! We are trying to bring democracy to the screwed up back ass Middle East! Islam is what needs CHANGE! NOT AMERICANS! You all want to be accepted? Then stop pushing your crap at us to change for you and trying to take us down all in one breath! (Hoping all along no one noticed!)

Don’t come here and call anyone ignorant that believes in the American dream hoping to help people along the way! FREEDOM! SWALLOW THAT ISLAM! You’re not going to dominate and that change is not going to happen! If islam try’s yes it will be meet with lots of resistance! Leave those that don’t want it alone! WHAT THE HELL IS IT YOU DON’T UNDERSTAND!? Otherwise your change is racist, arrogant and nothing more then a power struggle for dominance! It’s not gonna fly with most of us here in America!

An American doesn’t need a change! It is islam living in the Western world that needs the change!!! GOT THAT!

Damn you people are DENSE!

Why Islamic Muslims are Living Here!

For a vision of DEATH to Western ways is why!!!

We have laws to protect us and we don’t need no stinking change!!

Islam is the problem!

I saw the movie “Murder in the family” honor killing in America on FOX NEWS even though I knew all of this long ago. I had to watch it for the sake of making sure the media had all the facts! Islam is just as guilty as is the mother of Sarah, and Amina!

How in the FUCK DID HE GET AWAY!?! YOU ALL KNOW DON’T YOU CAIR!

Damn it! All will have to be accounted for even CAIR! They need to stop the so called honor killings, pedophiles and any other sick actions this so called religion of peace does!

Become Americans or just leave! I sure as hell don’t want you here! I can’t accept this religion to coexist with everyone else! Not until they bring Yassar and others like him to justice! If the muslims can do this then maybe just maybe and they would have to really prove to me but still I can’t fully trust this group EVER! So don’t ask me to because I have my reasons and they are damn good ones too! I never ever felt this way until I saw read and listened! I have had enough! So don’t think you can program me because it won’t work!

You in this religion should hang your head in SHAME!

THE FBI AND THE CIA NEEDS TO DO MORE! BRING THE RELATIVES TO DEATH ROW TOO FOR CONDONING IT!!! How dare they dictate who is good or not because of embracing the Western ways! How dare, they!!! HOW RACIST of ISLAM!!! RIGHT BACK AT YA! HONEY!
Posted by dcat at 5:38 PM 3 comments:

Tune into FOX NEWS for the program! Saturday July 26 and Sunday July 27th!

WAY TO GO FOX NEWS IT ONLY TOOK 7 MONTHS!!! Took you long enough!

I am posting it here so incase more people see it the better!!! Look about people!
Posted by dcat at 8:34 AM 7 comments:

Hey Barack Obama they want you to go back home!

May this travel like wildfire through the internet! Just like those lame “send to all your people in your address book crap!” At least this stuff is true!

I'm not talking about your middle name. Any good Christian might have the middle name Hussein (although I can't think of any others). We won't hold that against you. There are worse things than having an Arab name; like for instance being supported by a known Jew-hater, bigot Louis Farrakhan of the Nation of Islam, who among other statements has accused the Jews of bringing on the Holocaust through cooperation with Hitler - "They helped him get the Third Reich on the road." But, of course, it would be wrong to hold that against you, because you haven't been rallying for his support (recently).

We can't really blame you for the beliefs of Father Michael Pfleger, who embraces Black Liberation Theology, which claims that Jesus was Black - so the Jews have no claim to Israel and, therefore, the Muslims are the rightful heirs of the Holy Land. Those beliefs have nothing to do with you, aside from the fact that you have coined the man your "moral compass." But one must admit that Pfleger is not your only mentor and also is not alone in looking up to Farrakhan.

Your spiritual mentor is Reverend Jeremiah Wright, who has praised Jimmy Carter for denouncing Zionism. Last year, the Trumpet Newsmagazine of Chicago's Trinity United Church of Christ gave the Dr. Jeremiah A. Wright Jr. Trumpeter Award to Louis Farrakhan and said that he is a man who "truly epitomized greatness." You are a member of that Church and Jeremiah Wright is its leader and your spiritual adviser.

Now you won't go so far as to criticize Jimmy Carter, not even for meeting with the heads of Hamas, because, to paraphrase your words, "It's not your place to criticize him." That is, not until the next day, when you were seeking the support of Jewish leaders. Then you must have found a new place for criticism. Aren't the Jews great for giving a guy a new vision and a sense of self-confidence? Is that what you meant by, "It's time for change"?

Barack Hussein, we won't hold it against you. But can you tell us what you mean by supporting a Palestinian State along side Israel? Do you mean a replay of the ethnic cleansing of Jews from Gaza three years ago? Do you foresee soldiers carrying men, women and children away from their homes, which are to be demolished by bulldozers? Palestinian rule brought on the endless rocket fire on Sderot and the thousands of Jewish refugees who have yet to find permanent homes or means of a steady income. Is that your vision of a new hope that Farakkhan's Final Call website praises you for? Barack Hussein, why don't you just go home?... There's more HERE.

I am not shocked by that at all! I kind of expected that! Specially after the waffle episode of avoiding a question! I mean what was more important? LOL

On talk radio
"Listen in on da forgery" click here! Thanks Pamela! ;)
Posted by dcat at 8:11 PM No comments:

Obama's ass is showing under that slip!

Subliminal messaging!? Give it a rest NBC! Put down the damn weed and face the facts you leftards!!!

Update: 7/21/08 Obama bombs again! Oh he is such a great speaker! NOT!!!
He can’t even get the fucking material out of his mouth right! Or was that a Fraudulent slip part of a change?

As the liptards still praise him UGH!

FUCKING GROW UP ALREADY AND DO SOMETHING POSITIVE WITH YOUR LIFE!!! UGH!!!!

Nothing but EXCUSES after EXCUSES! YO BABIES! Move to Africa if you don't like it!!! DAMN!

I saw the video at Hot Air and blew a gasket!

You know I could dish up crap that happened to me when growing up! Like back then I know there was no place a child could go for help no matter the color!!! You were a child and no one would listen to you!

I also have a problem with people using crap from the past for a crutch! I can't stand excuses!

But since miss Whoopi Goldberg mentioned voting well here you dumb ass read about our past you dumb ass!!!

Don’t make me laugh! I’ll tell you about women's suffrage here in America in the time of 1850-1900’s! What about when my grandmother!?

Nothing was in my grandmothers language she learned English! Broken but at least she was able to talk to people get a job and make her life here!

I also resent pressing 1 for English!!! I shouldn't have to!!! I don't like seeing Chinese on my voters ballet! WTF!?!

God I can't stand fools!!! Those are the folks that will be holding our great country back! 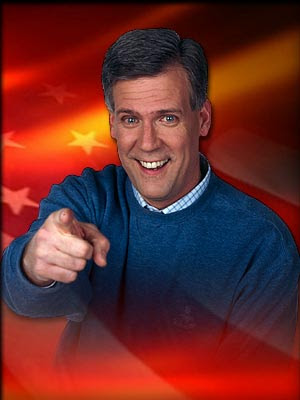 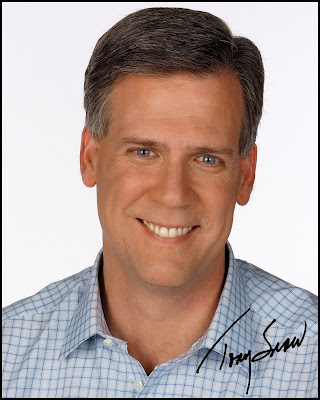 Even the NEW YORKER has had it with Obama! 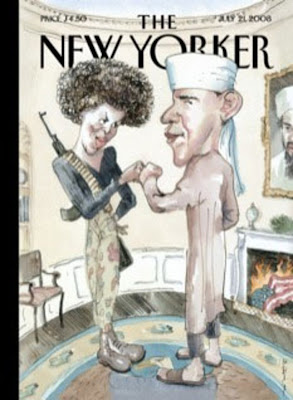 All I can say is I hope this does not come true in the White House!

What a way to go NY! :+:
Update on that Birth certificate: 7/20/08 This was interesting at Atlas Shrugs Ahhh but it’s too late to have him aborted oh darn! Now we are fooking stuck with him even though he came from a broken home! Does it really matter! It’s here and now we have to deal with it! :P
Posted by dcat at 8:28 PM 2 comments: 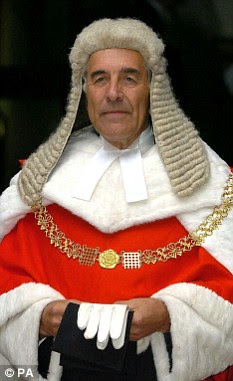 An idiot!
I need to hear from the so called friends in the UK! You know this is not going to fly here! Why is it even in the UK!?!
America take note! Islam take note: "We will fight you and you will lose!"
Not only fighting for our freedom but now we have to help the UK!