Obama does disturb me!

I have a problem with the American people voting for Obama as well. WHERE IN THE HELL ARE THEIR HEADS!? UP THEIR ASS I'M SURE OF IT!

Thank You Pamela for this video! You said it all and I don't know anyone else who could spit it out any clearer!

Sarah is no push over!

They have my vote!

This is no pushover. She knows the business end of a gun and how to shoot it (video). Her nickname on the state campionship women's basketball team was "Barracuda." She is a hunter, pilot and lifetime member of the NRA. Joe Biden won't push THIS woman around in debates. 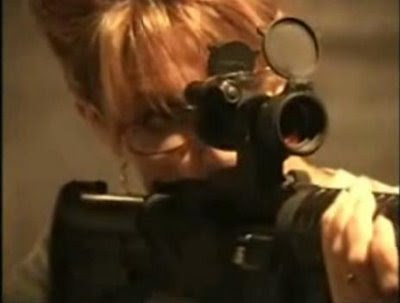 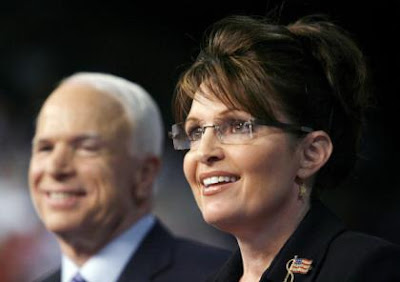 NOW THIS IS A CHANGE! Yeah SARAH PALIN! YOU GO GIRL!

What a good choice!

And the Democrats go ape shit with comments like: “It’s a slap in women’s faces!”

I say no you dumb bitch maybe yours and obama!

Her résumé is not thin you morons! Obamas is!

I hope to see her have a debate with dipshit obama!

Oh and I loved this add:

Michelle Malkin Attacked at Denver protests by a stupid hack!

He had a big mouth and boy what an ass! Read the book moron! Talk about twisting and squirming!
Michelle Don’t worry you have more behind you then he does! They are the un-Americans!

I wouldn't worry about that little turd group Michelle.

Yet another powerful message to all…

We don't need a FUCKING CHANGE! YOU DO THOUGH!

Get that smug look off your face Binny boy shit bag! Your days are numbered along with your little playmates!!!

Oh yeah and when caught like in Seattle they "THE liberals" get them off on a mental illness count! They are mental EVERY LAST ONE OF THEM! A murderer is a murderer!!! THEY SHOULD NEVER GET HELP THEY NEED TO BE PUT DOWN LIKE A RABID RAT!!!

Update: Maybe coming to a school near you! :P God help us take this group down!
Posted by dcat at 2:34 PM 11 comments:

People are just going to have to keep doing research on media blunders to get the entire picture! News Busters will set things right! The video (View video here).
is there for you to click on too! So you see you Islamic little nothings! You don’t stand a chance because most of us are through listening to your bullshit spin! You are in a cult of hate and murder! The world will take you all down!

It’s true I don’t get many hits but I am still there and some will come to see my references thanks to trusted folks like Atlas Shrugs that stay up all night to bring us information backed with research! Islamic thugs can’t stand that! Heh! Good! The more blogs bringing this stuff to light the better! SHAME ON THE MEDIA!!! Nice try media CNN and thanks for at least showing it! Now the bloggers will take the stage!
Posted by dcat at 1:40 PM 4 comments:

It’s time for Islamic followers to leave that cult!

I am not here to win a popularity contest! Especially not with Islam!!! When I read stuff like daughters in “Islam” being raped and the family seeking justice, I wonder well duh ‘you are the one in a screwed up cult! Now you want justice because “now” it is your “kid”!? Islam will eat their young for peat sake! People need to leave the cult and get with the modern world! There are so many ways to serve God! Even an atheist can do it!

I am so sick of Islam and its followers that I can just throw up! There is no concern left in me anymore! To me it is a cult of screwed up people just like in the left field here in the USA!

I can’t feel bad for them anymore however I would like to see them out of commission! That cult “Islam” needs to be taken down for good! That would be a good thing! Oh but the Islamic claim they will rule the world! I hope my time will be long over on this planet before that happens!!! I have no love loss for screwed up folks!

When injustice happens in an Islamic family maybe then more followers will see the light! DUH!
Posted by dcat at 7:30 AM No comments:

To whom it may concern CAIR

You’re letter “to whom it may concern” is just another wake up call for America! CAIR

It’s time to rag on CAIR again because they just twist their way around the weak minded. I am here to say “COVER YOUR EARS! LISTEN TO THEM NOT! CAIR Comes on sweet and the dull sward a-waits once it takes roots! It is going on in Europe now! Islam is a cancer! It is like the Moonies and every other crazy cult out there! They call folks like “Americans” extreme! Go ahead treat them well! They will only take you out last!

CAIR,
You’re so concerned that the idiot islamic jackass that killed his daughters in Texas got away! The mullahs did a fantastic job at getting him in a safe environment didn’t they! What do you have to say about that CAIR!? You guys are all talk and say what people want to hear! YOU ARE NOTHING MORE THEN A CULT! You are trying desperately grasping at straws to take over! Once you get enough places then you will choke “the good people” from their life styles and freedom! I know exactly what you are playing at! You are all a cancer just like many other groups here in the USA are and need to be stopped!

I only hate people that are a threat and you people are a threat! I don’t like you!!! I don’t have to like you or put up with your BS either!!!

I like Bridget Gabriel, because she had the guts to speak out about your sick cult! She got away! Just like I did in many ways in my life! We are independent women and you hate us so I think that that is just as racist! Eat shit and die CAIR!

I also am aware of who you people are rooting for Presidency in our great country! Pull out of Iraq so that AQ can start in again and rebuild their destruction and mayhems on the Christen sect living their!
Posted by dcat at 11:47 AM 11 comments: